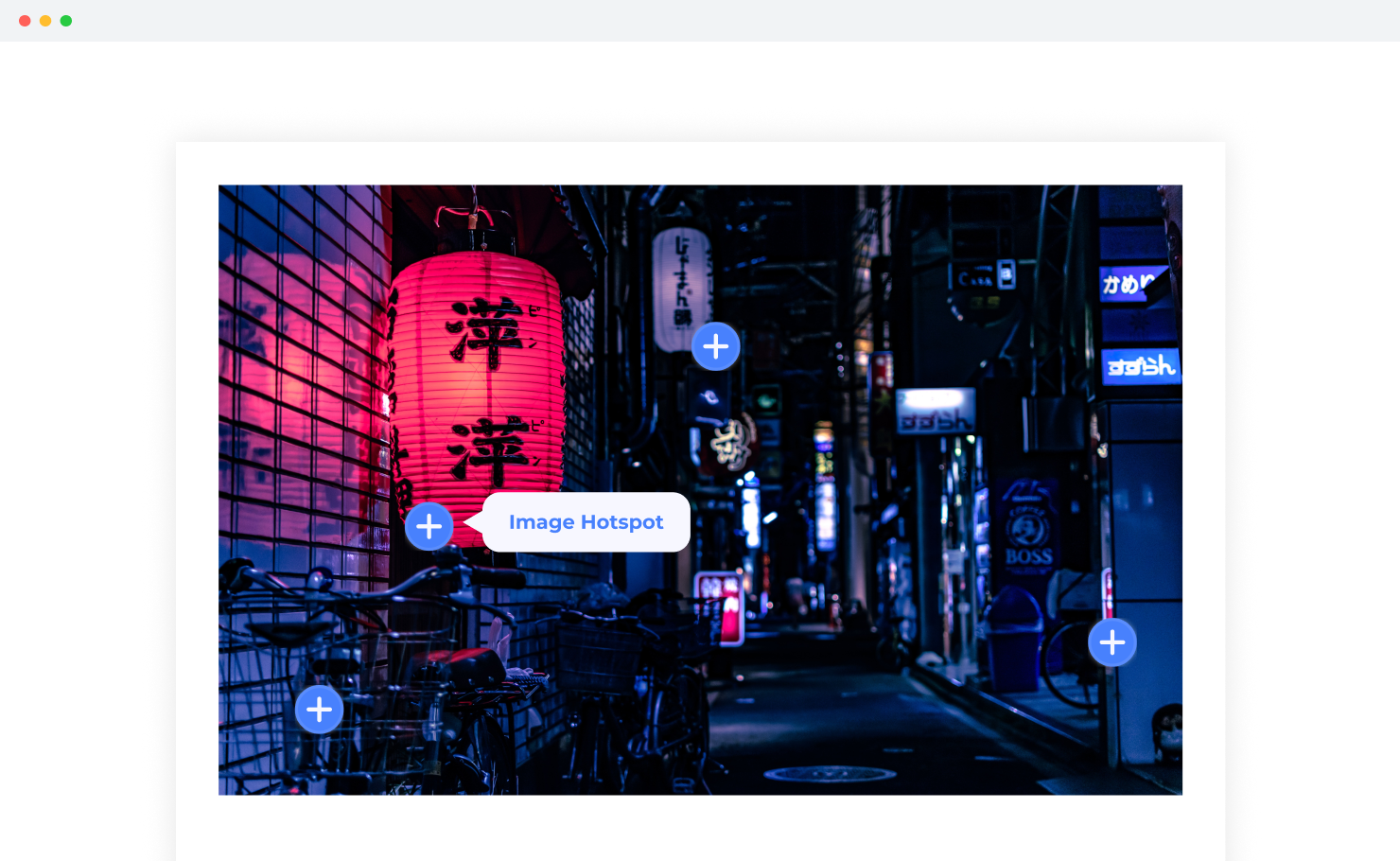 Why use Image Hotspot on your store?

You can add interactivity to your Cratejoy store with Image Hotspot app for Cratejoy and make boring, static images more engaging.

Text over an Image without Interfering

The Image Hotspot app for Cratejoy allows you to add as much text as you’d like to your image without obstructing it.

An Image Hotspot app is an excellent addition to a Cratejoy store. With it, you can display your items in one place, arranged in an aesthetically pleasing fashion, and attach the relevant information to them.

Using Link with your Hotspots

Clickable Image Hotspots can be linked to any URL. Conversions will increase with a better and easier navigation on your Cratejoy store. 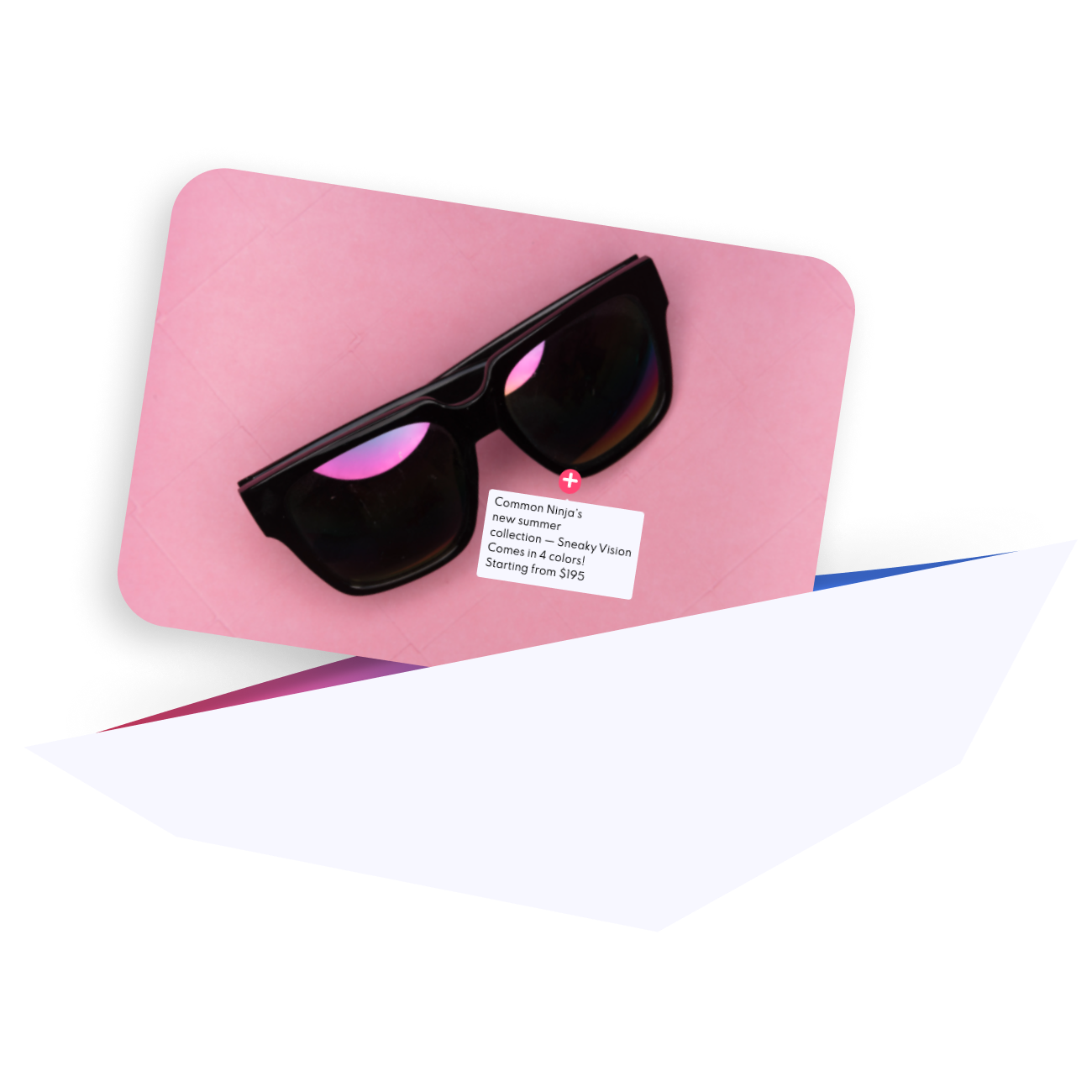 There are ten beautiful icons in the Image Hotspot app that can be used in any design direction of your Cratejoy store.

You can customize the Image hotspot app for Cratejoy to suit your Cratejoy store. Play around with the colors, fonts, spacing and anything else you like. 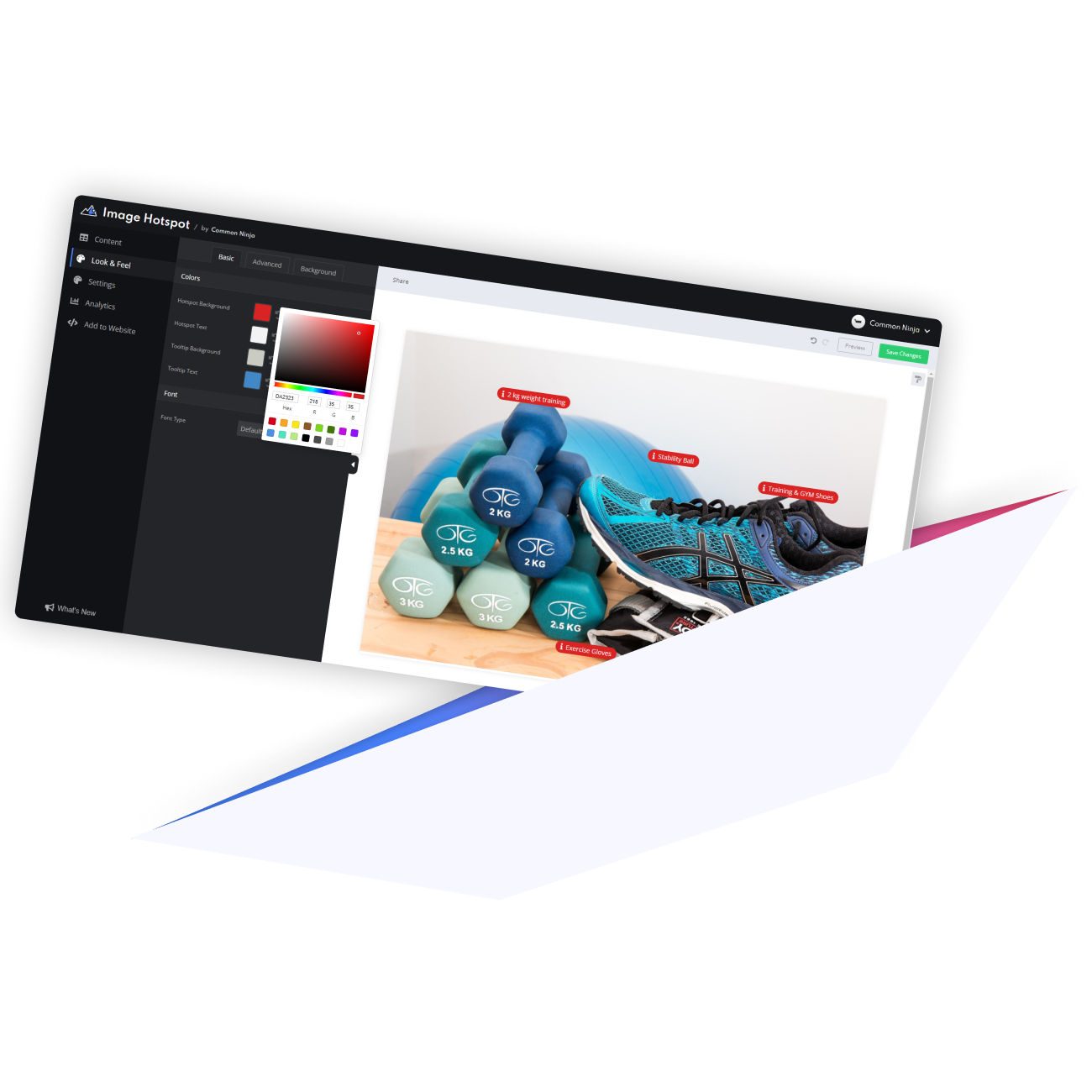 Fully Responsive for your Cratejoy store

Our Image hotspot app for Cratejoy is designed to be fully responsive and will look fantastic on any device. Having this feature gives you an edge over your competitors in a mobile-first world. 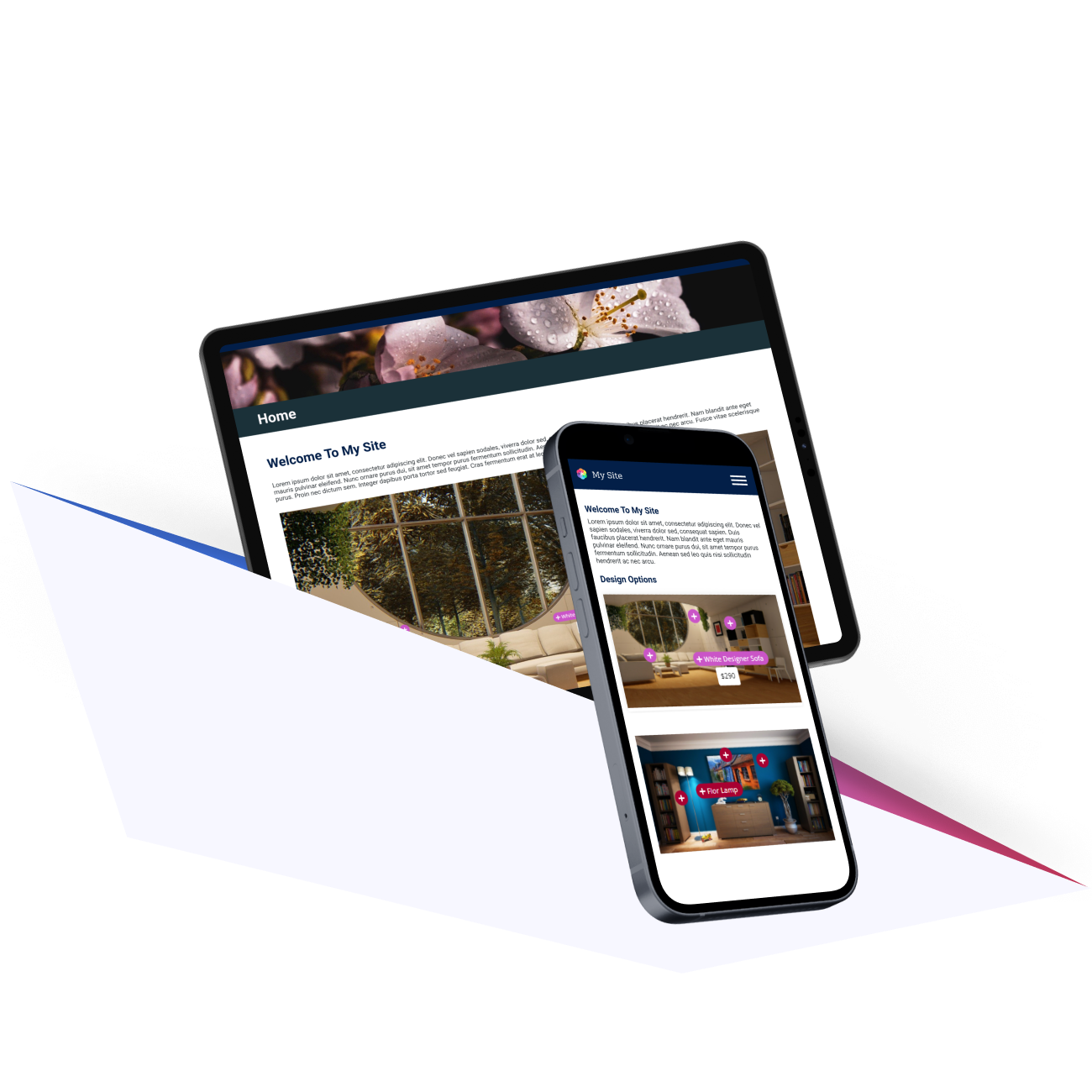 The Image hotspot for Cratejoy is easy to use and requires no coding knowledge. You can customize app by dragging-and-dropping on our intuitive dashboard. 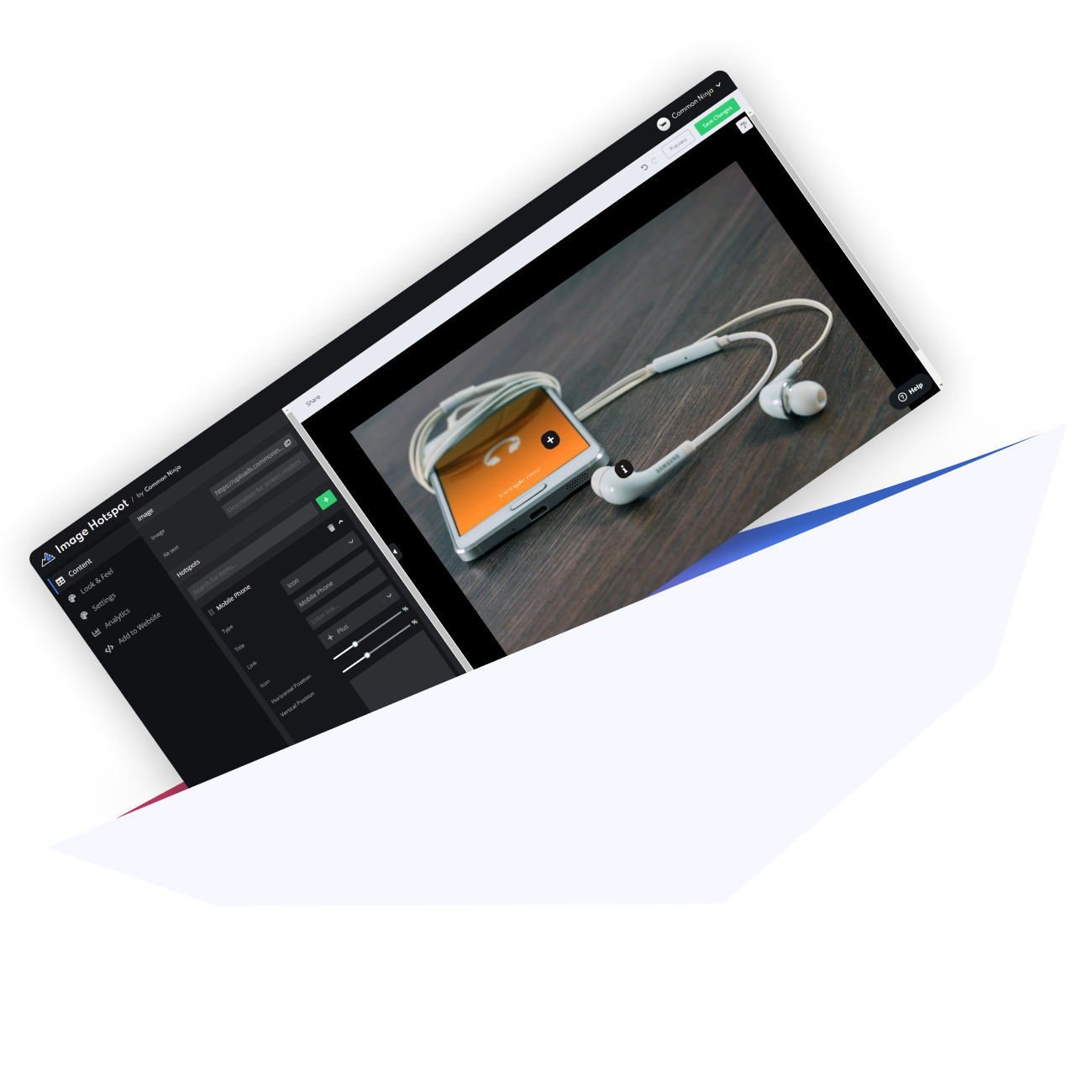 Like all Common Ninja apps, you can add custom CSS to customize the Image hotspot app for Cratejoy and be even more creative. 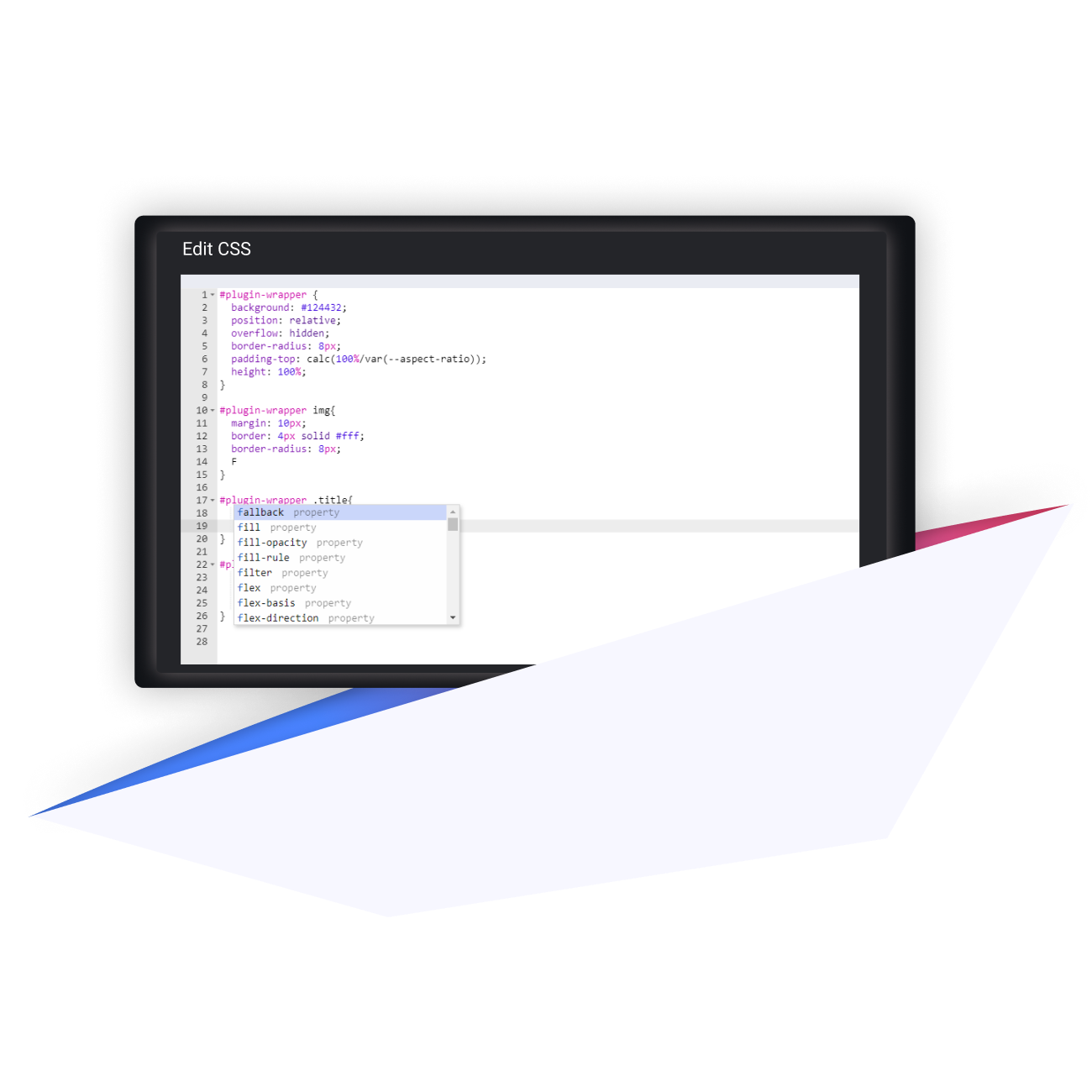 Easy To Embed On Your Cratejoy store 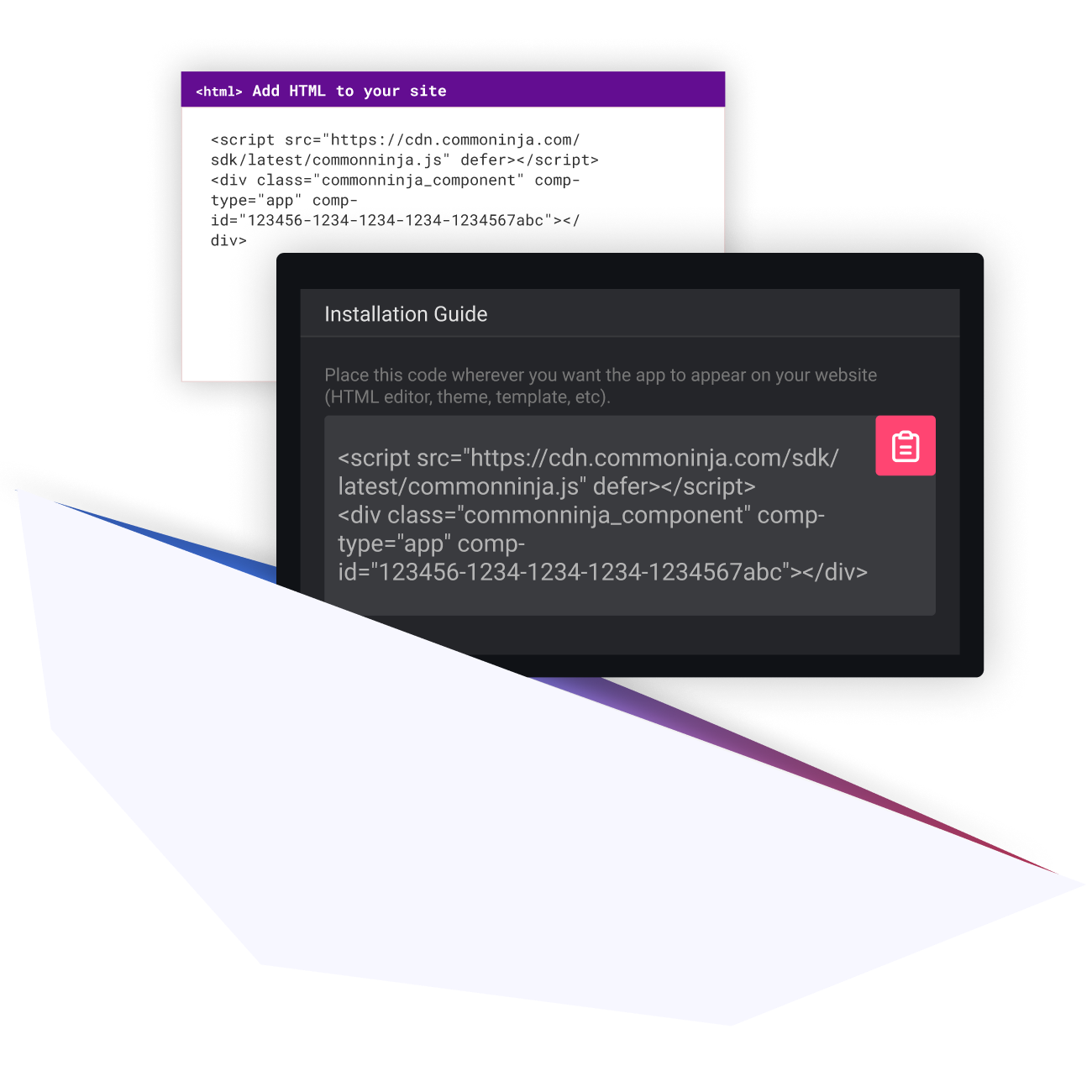 How to install Image Hotspot on your store?

To add Common Ninja’s Image Hotspot app to your Cratejoy store, you have to do the following: First, go to the “Add to Website” tab on the Common Ninja Editor’s dashboard and copy the HTML code. 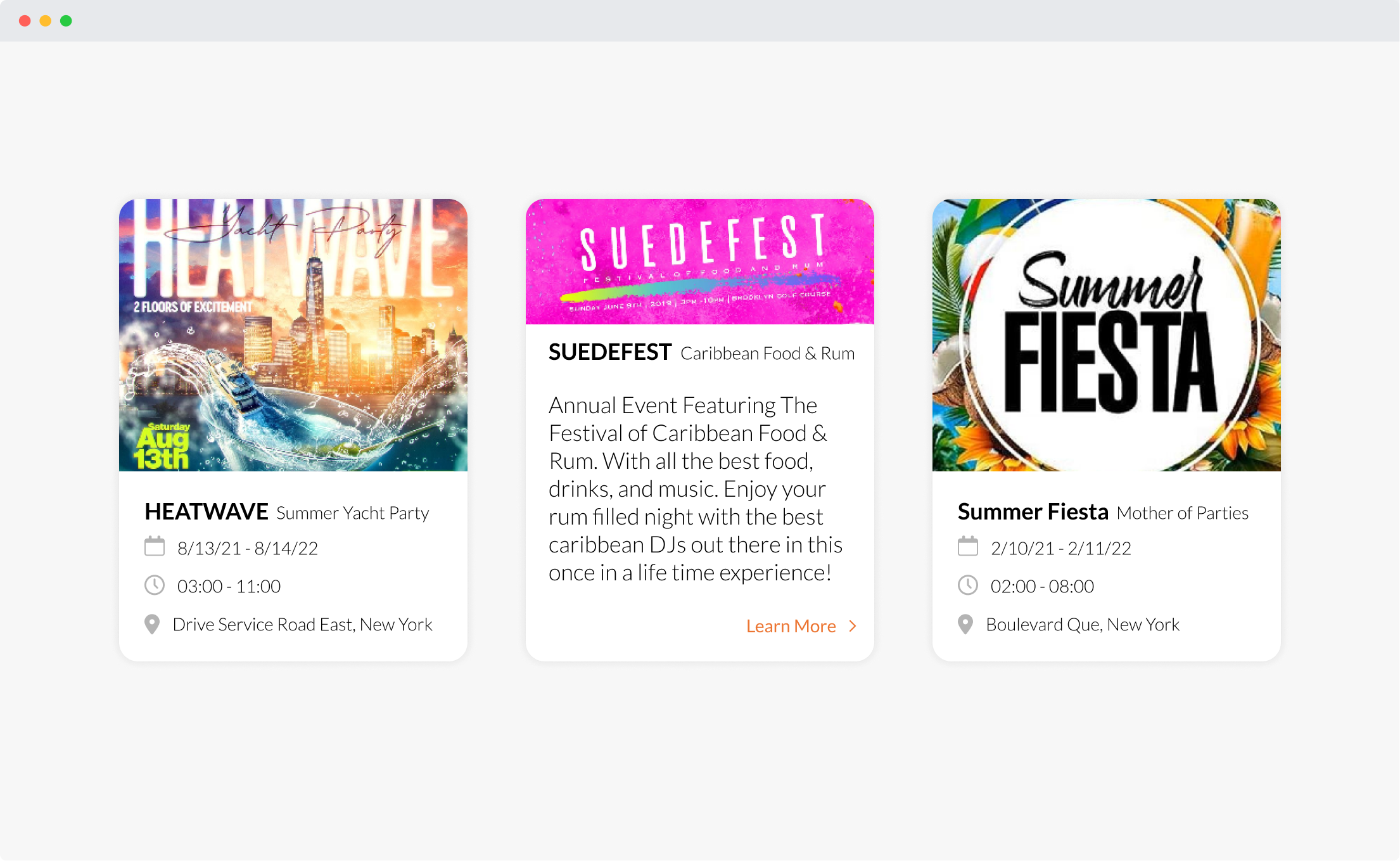 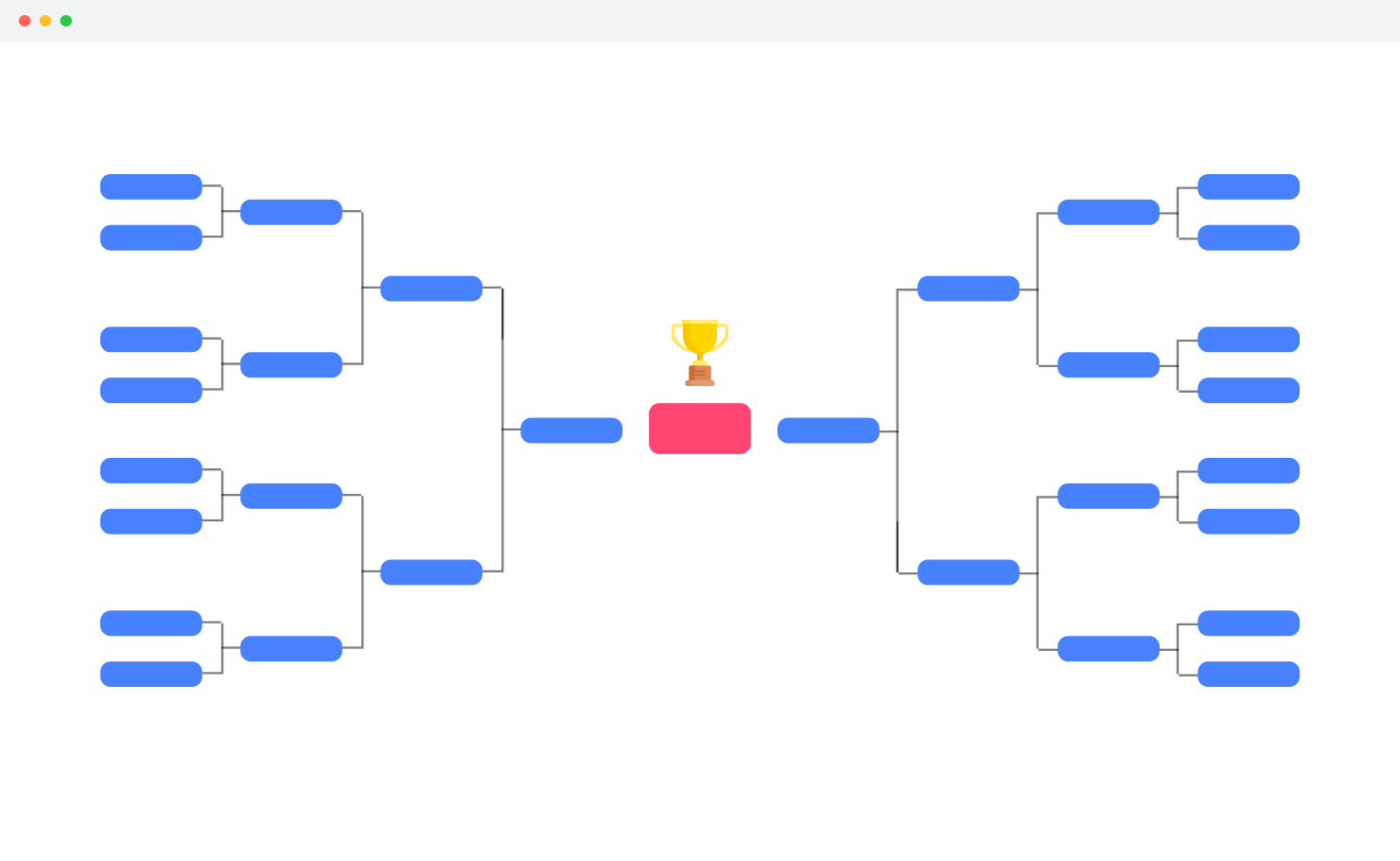 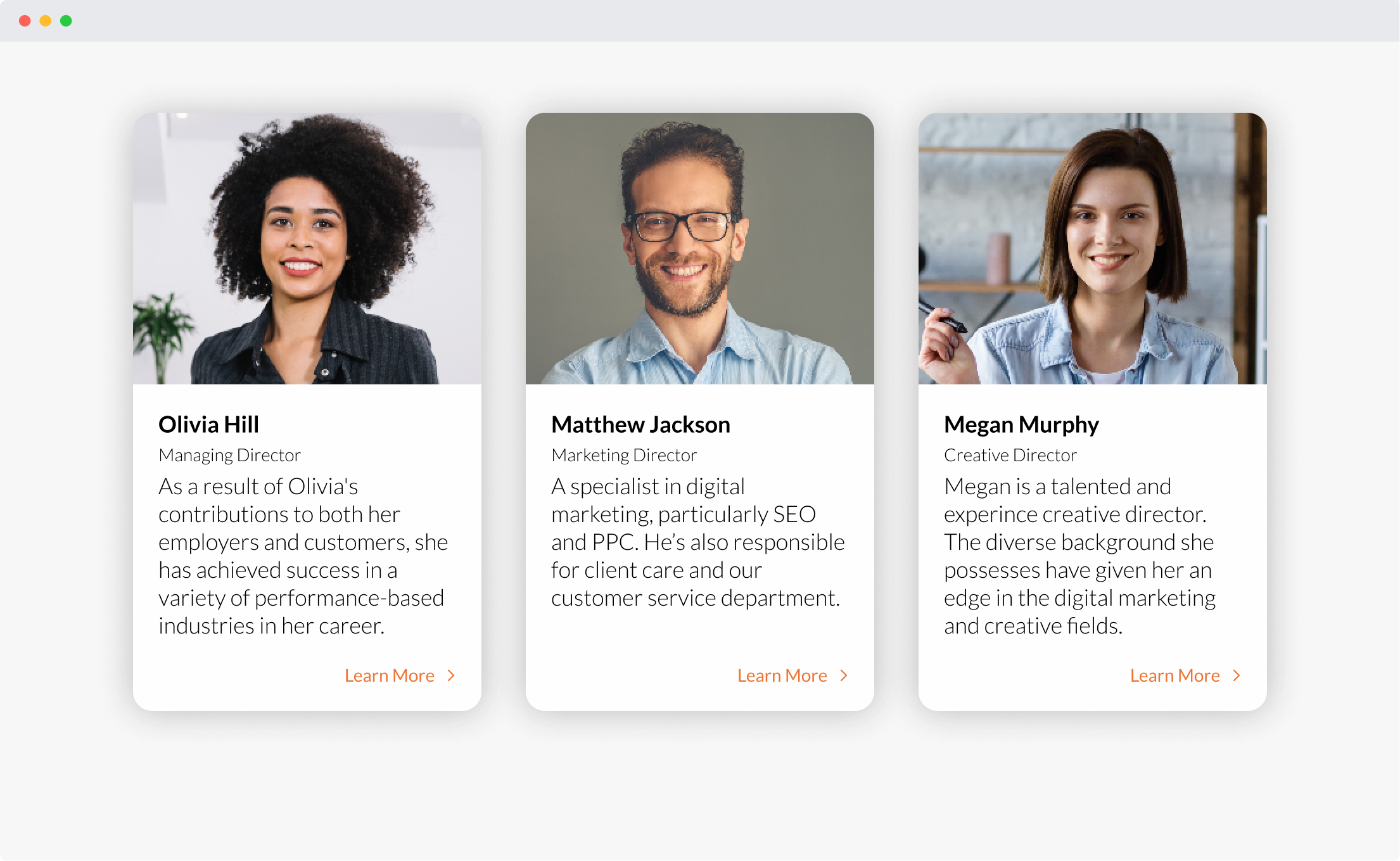 Can I change the hotspot icon type?

Yes, you can easily change the hotspot icon type by selecting the “Content” tab on your dashboard, choosing the image hotspot where you’d like to change the icon and clicking on the down-arrow next to the “Icon” section.

Can I add a link to the image hotspot?

Can I upload any images?

Yes, you can upload any image to the Image Hotspot Widget.

Can I change the image hotspot’s tooltip background color?

Yes, you can easily do so by selecting the “Look & Feel” tab on your dashboard and changing the color next to the “Tooltip Background”.

Can I change the hotspot’s background color?

Yes, you can easily do so by selecting the “Look & Feel” tab on your dashboard and changing the color next to the “Hotspot Background”.

Can I change the hotspot’s text color?

Yes, you can easily do so by selecting the “Look & Feel” tab on your dashboard and changing the color next to the “Hotspot Text”.

Can I change the tooltip’s text color?

Yes, you can easily do so by selecting the “Look & Feel” tab on your dashboard and changing the color next to the “Tooltip Text”.

Can I toggle the alt text on or off?

Yes, you can easily toggle the title on or off from within the “Settings” tab on your dashboard.

Can I toggle the alt text on or off?

Yes, you can easily toggle the alt text on or off from within the “Settings” tab on your dashboard.

Can I choose how to open the link — in a new window or the same window?

Yes, you can do so from within the “Settings” tab, where it says “Link Target”.

How do I start using Common Ninja’s Image Hotspot Widget?

Common Ninja’s Image Hotspot widget is free to use. It is limited to a certain amount of views, however.

How do I add the Image Hotspot widget into my website?

It’s very easy to embed Common Ninja’s Image Hotspot widget on your website and the process consists of two steps:

Do I need to be able to code to use your Image Hotspot widget?

No. Using our Image Hotspot widget is very simple. The widget comes with an intuitive drag-and-drop interface and fully customizable options. Once you’ve finished editing the widget to your liking, all you need to do is copy the provided code and add it to your website.

Is it hard to embed your Image Hotspot widget?

Create Image Hotspot For Your Store